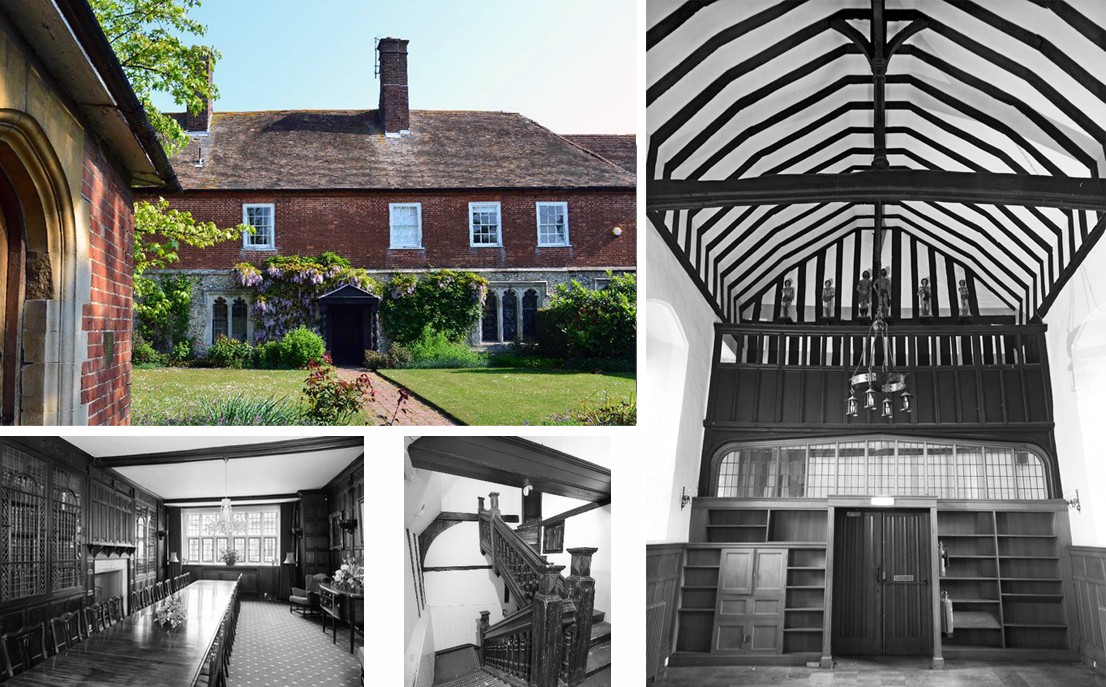 The Campaign to Save the Historic Buildings

The Wye College Regeneration Group was formed in October 2018, with the intention of saving the historic Grade I listed buildings of Wye College for the benefit of the community and village legacy. Specialists were immediately appointed to review the planning documentation. It was found that the planning process had been dealt with in a cursory manner and had bypassed the involvement of the local community. A legal challenge was prepared.

In August 2019, Ashford Borough Council granted listed building consent for the conversion of the Wye College buildings. In response to this WyeCRAG launched a public campaign to inform the local community and Wye College alumni of the situation. This entailed a house to house leaflet drop, a stall at Wye Farmers Market, and an online petition – Save Wye’s heritage from the housing developers. The petition has over 4000 signatures.

Wye Parish Council has endorsed the WyeCRAG initiative in their newsletter.

In February 2020, proposals for the Wye College Centre were presented at a Public meeting at Wye Free School. The proposals received vociferous support from the local community, who issued a mandate for WyeCRAG to act on its behalf. This event featured in the Kent Express on 5 March 2020 – Action Group reveals ambitious plans for Wye College.

Later that month, the developer Telereal Trillium submitted an Appeal against Ashford Borough Council on the grounds of non-determination. Development issues were aired at the Public Inquiry which can be viewed following the links on the last page of this website.

Click the logo below to join over 6,000 people who have signed the WyeCRAG petition. 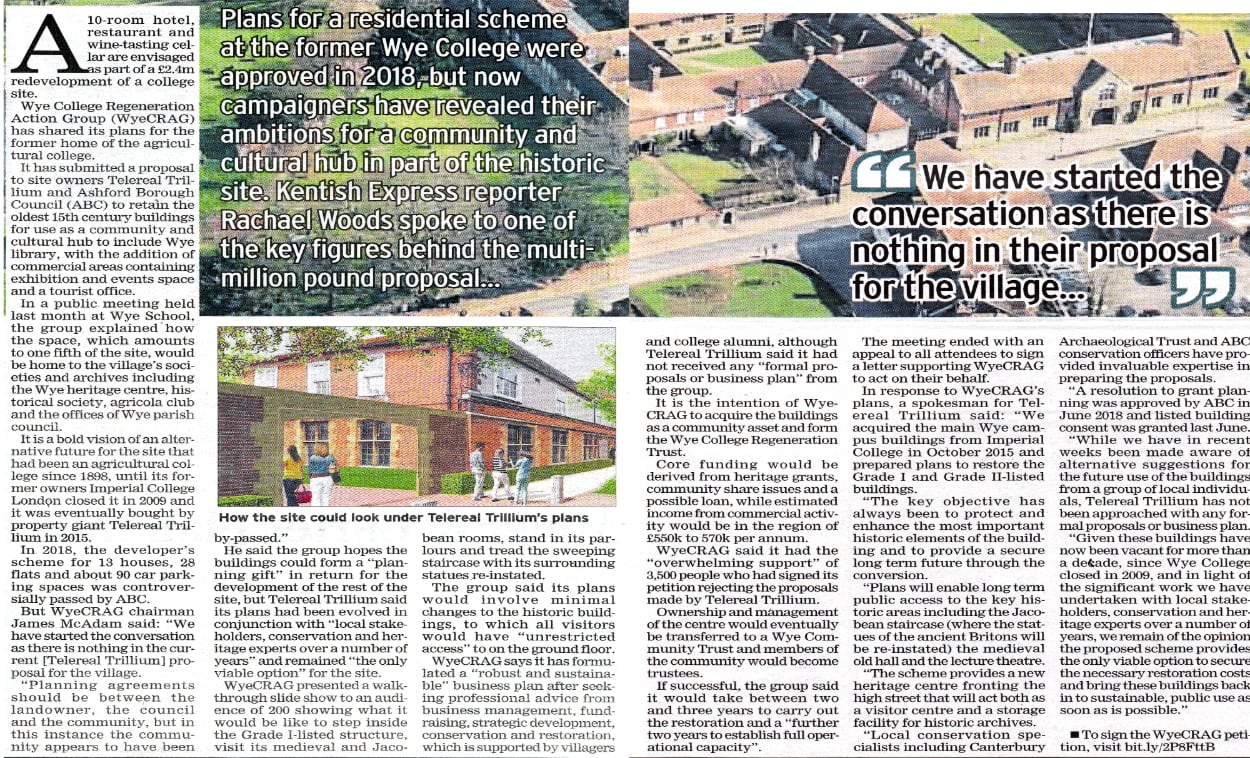